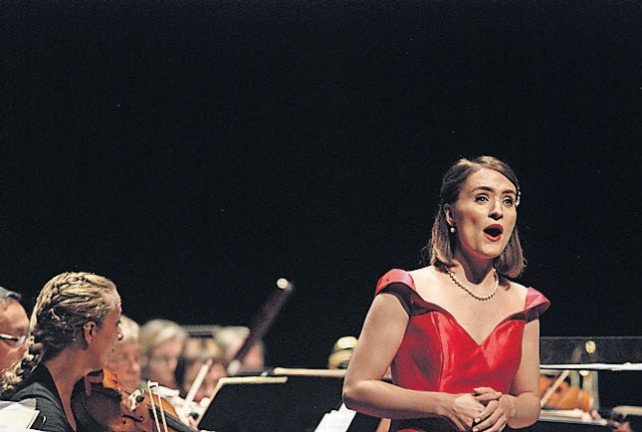 "The Vermont Philharmonic’s annual “Opera Gala” did much more than introduce a delightful young soprano Saturday at the Spruce Peak Performing Arts Center in Stowe.

Appropriately, the state’s oldest and likely best community orchestra, led by Music Director Lou Kosma, opened with music from Verdi’s “Rigoletto.” Following a spirited performance of the Prelude was one of its most famous arias. Christensen made “Caro nome” personal with an irresistible lyrical delicacy in this love song to her unnamed suitor.

She dropped the innocence for a brilliant and hot “Volta la terrea fronte” from Verdi’s “Uno ballo in maschera,” saving her light lyricism and wit for “Saper vorreste” from the same opera.

Still, Christensen proved most interesting and versatile in “Quel guardo il cavaliere” from Donizetti’s “Don Pasquale.” Beginning with her delicate lyricism, she built to a brilliant bravura. It was great fun."